Abudhabi:Commemorating the 150th birth anniversary of Mahatma Gandhi and ‘The year of Tolerance’, the Embassy of India, Abu Dhabi organized a talk - ‘Building Tolerance’ by Sister Jayanti Kripalani on 3rd October, 2019 at the Embassy Auditorium. Sister Jayanti Kripalani is a renowned motivational and spiritual speaker and has been an Advisor to the Council for a Parliament of the World’s Religions, Advisory Committee Member of the International Interfaith Centre and a member of the Executive Committee of the World Congress of Faiths. Senior Officials from the UAE government and members from the Diplomatic and Indian community attended the talk. During the programme Charge d’Affaires Ms. Smita Pant delivered the welcome note and Sister Jayanti Kripalani held an interactive talk on ‘Building Tolerance’. The talk was followed by a short meditation session.

The event was first of series of such events to be organized in the Year of Tolerance by the Indian Embassy. Embassy will be organising more such events with the support of UAE Government and Indian community. Yesterday evening a programme commemorating the 150th birth anniversary of Mahatma Gandhi was also held by the Indian Embassy at the India Social & Cultural Centre, Abu Dhabi. 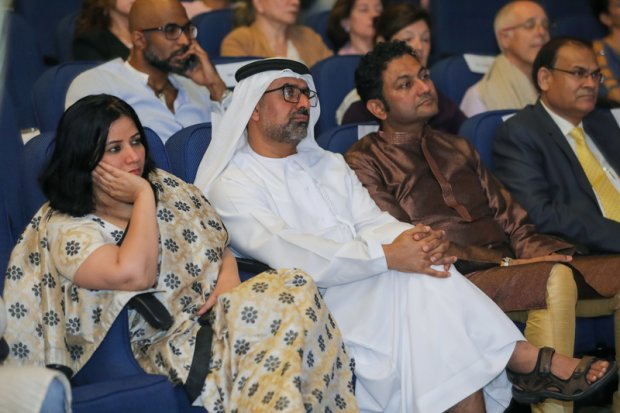